Incorporated as an Office of the Registrar of Indigenous Corporations (ORIC) organisation on 12 December 2001, GEBIE was once the business arm of the Anindilyakwa Land Council (ALC). The ALC collects mining royalties from the Groote Eylandt Mining Company (GEMCO) which has been extracting high-grade manganese ore on Groote Eylandt since 1964. GEBIE was separated from the ALC in 2013 to become an independent corporation with both boards having separate directors. GEBIE is the largest of 16 Indigenous corporations which the ALC disperses royalties to.

The GEMCO mine life is currently expected to finish in 10 years, depending on ore discovery in new leases. GEBIE is working towards securing a sustainable future for the Anindilyakwa people through profitable enterprises on the Archipelago. 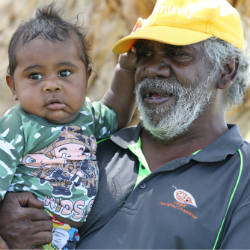 GEBIE means a lot to me because it helps the Anindilyakwa Traditional Owners of the three communities on the Archipelago –  Angurugu, Umbakumba and Milyakburra (Bickerton Island). The community appointed me a Director of the GEBIE Board in 2010 and I have been Chair of GEBIE since 2014.

Since becoming involved with GEBIE I have seen first-hand the difference it makes in the lives of the Anindilyakwa people through enterprises designed to improve living standards. This includes skills training, capacity building, employment and assistance with education, aged care, health and the cost of living in a remote area.

As Chairman of the mixed gender GEBIE Board, I am proud to say we have very strong governance procedures which are reinforced by the governance training I have completed. Our seven Directors include six Traditional Owners and an independent Secretary/Director. All decisions that come to the Board for approval are made by the Board as a whole. In addition to our regular quarterly Board Meetings, we meet with the Group Chief Executive Officer (Group CEO) on a weekly basis. This is a real strength for GEBIE as we can effectively debate and decide upon each issue, including how royalties are spent.

The Board and the Group CEO work together to make our organisation and its companies even stronger. We are looking to the future to achieve great things as we know that the mine won’t be here forever. It is up to us to make informed decisions that contribute to the future well-being of the Anindilyakwa Traditional Owners. 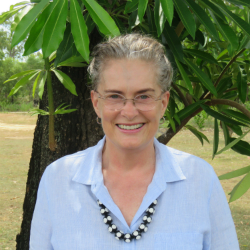 GEBIE is a diverse group of companies and, with around 120 employees, is the second largest non-government employer on the Groote Archipelago.

Our Divisions include the Community Development Program (CDP), Green Ants (lawn and garden maintenance), and Facilities. The Facilities Division manages GEBIE’s 130-bed construction/mining camp Maranga Langa Angaylya (meaning ‘to sleep’), a large portfolio of houses in Angurugu and Alyangula, and a substantial land bank in Alyangula and Umbakumba. It manages the leases for two large properties off the Rowell Highway. The first, known as Pole 13, consists of commercial businesses, GEBIE Civil and Construction, and a camp for construction and mining workers. The second, Pole 14, will potentially be a subdivision for industry and housing.

GEBIE Civil and Construction (GCC) is a for-profit subsidiary that undertakes construction, repairs and maintenance, and civil works for government and the GEMCO mine. It has a large vehicle and plant workshop.

The second for-profit subsidiary is Groote Eylandt Lodge, a 74-room, 4-star resort. The GEBIE Directors are very proud of the Lodge, which is the only resort on the Eylandt. Formerly called the Dugong Beach Resort, it opened in 2008. It has an art gallery leased to the ALC Art Program, and two purpose-built Florida Key fishing boats to take advantage of the Archipelago’s pristine waters which are home to many species of reef and pelagic fish, including billfish.

GEBIE is continually looking for business opportunities and joint ventures to sustain the Anindilyakwa people in the future. In 2018 we are building a commercial kitchen in Angurugu as part of a $2 million five-year program to improve the nutrition of the local people. This will allow the CDP to work closely with the Edge of Nowhere (EON) Foundation. EON have been invited into all three communities by the Traditional Owners.

We contributed $1.1 million to the sewerage extensions in Angurugu. In 2017 GCC built the $6 million Yinumarra Health Clinic in Umbakumba. GEBIE contributed $3 million to that project providing the community with a modern health clinic including men’s, women’s and children’s consulting areas, a dental room and renal facilities. 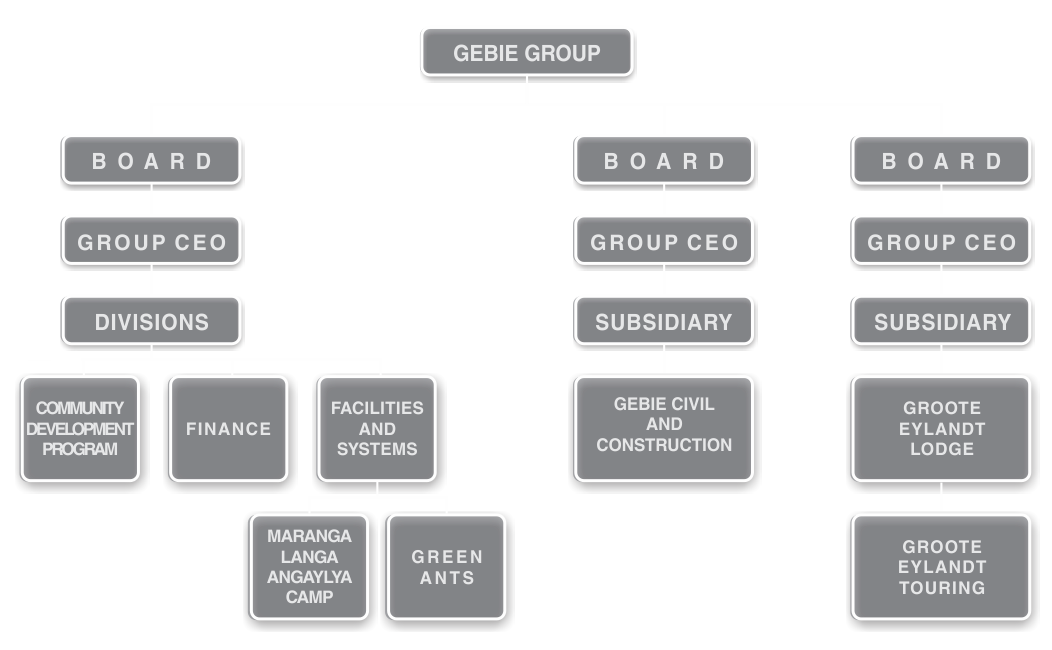